InfiniBand Most Used Interconnect on the TOP500

Kaitlyn Gooding2018-03-19T18:52:53+00:00June 21, 2012|
The TOP500 list was released this week, ranking the fastest supercomputers in the world. We at the IBTA were excited to see that InfiniBand’s presence increased on the list to become the most used interconnect for the first time.  Clearly, InfiniBand is the interconnect of choice for today’s compute-intensive systems! As the chart below demonstrates, InfiniBand’s adoption rate has grown significantly, outpacing all of the other options.

We were also pleased to see that since the last report 6 months ago FDR has increased the number of systems it connects tenfold, making it the fastest growing interconnect on the list. 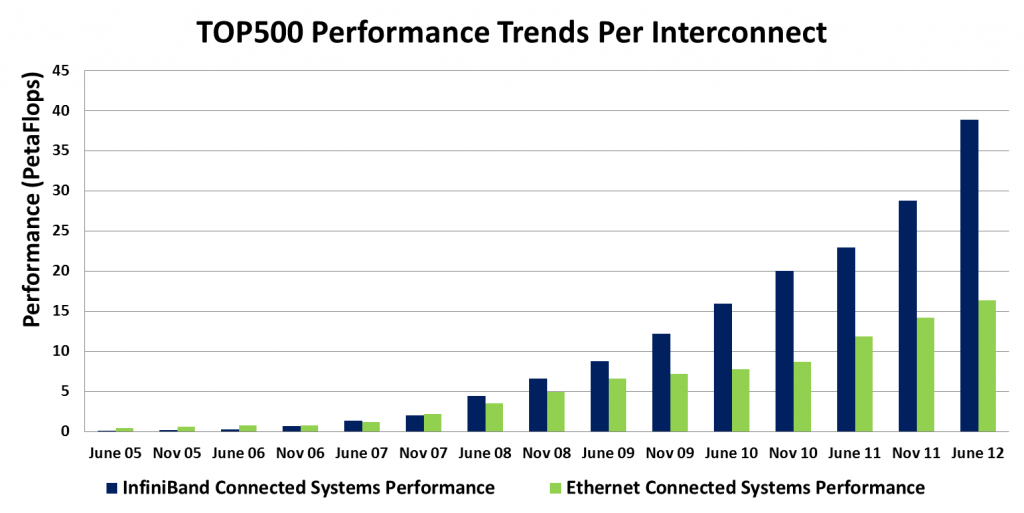 The TOP500 list demonstrates what the IBTA and the InfiniBand community have already known – InfiniBand is a technology that has changed the face of HPC and, we believe, is having the same effect on the enterprise data center. Below, are some additional stats referenced on the TOP500 list.

Want to learn more about the TOP500, or how InfiniBand fared? Check out the IBTA’s press release on the news.